Listening to the Rainforest With IoT Connected Devices

Rainforest Connection are doing fantastic work with their acoustic monitoring systems. They use these IoT enabled devices to listen for sounds that may indicate deforestation (chainsaws) or poaching (motorbikes). They aim to counteract deforestation, which accounts for 17% of all global carbon emissions.

Their audio recording system also benefits scientists by giving them access to a digital library of rainforest sounds such as birdcalls and insect chirrups. This wealth of eco-data allows scientists to compare changes month to month and year to year.

A Buzz Around the Internet of Things

Bees’ wellbeing is crucial to the survival of our species. Around a third of the food we eat is estimated to be dependent on bee pollination and includes things like apples, coffee, and raspberries.

Arnia’s application allows for detailed and remote monitoring of bee colonies. It’s unbeelievable. You can read more about Arnia’s work in our case study. 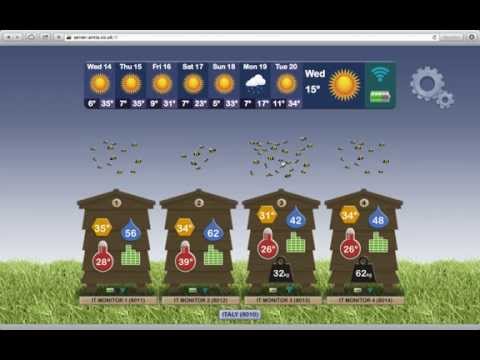 New Technology to Monitor the Oldest Tropical Rainforest on the Planet

Daintree Rainforest in Australia is exceptionally biodiverse. It’s home to 90% of Australia’s bat and butterfly species and 10% of its bird, reptile, frog, and marsupial population.

Researchers from James Cook University are using automated sensors and a wireless data network to closely monitor sap flow, soil moisture, and humidity to better understand the forest environment. They have also installed six automated cameras throughout the survey area.

This pioneering project is an example of how the IoT can be used to better understand and protect the world around us.

Bringing the Iberian Lynx Back From the Brink of Extinction

It’s believed that Iberian Lynxes have existed on the peninsula for 1.6 million years. However, the technology that helped to bring them back from the brink of extinction is very modern. After being bred and closely monitored in special centers Iberian Lynxes are fitted with location collars and released into the wild. These collars allow them to be tracked so scientists can study how they move about their territory.

Stopping Poachers in Their Tracks

Rhinos are in a dire position. If rhinos in South Africa continue to be killed at the current rate of more than three per day they will be extinct in South Africa by 2025. Due to the large areas and remote locations involved stopping poachers has always been challenging. IoT remote tracking technology has made it easier to track and intercept poachers.

South Africa’s Welgevonden Game Reserve has drastically reduced the number of rhinos which are poached from the reserve. To do this they track everyone who enters. They scan the fingerprints of staff, rangers, animal trackers, contractors, and suppliers, visitors have their passports scanned and license plate cameras record the registration of every vehicle. This data is fed into a system which generates alerts if there is any abnormal activity.

If anything is amiss drones can be dispatched for an immediate overview of what is happening. Then, if necessary, rangers travel to the area by helicopter. Since 2015, the average ranger response time to an incursion has decreased from 30 to seven minutes. There has been a 68 percent reduction in the number of incursions into the reserve.

These efforts have led to a reported 96% reduction in the number of rhinos poached from the reserve.

These are just five examples of the pioneering work that is being done with IoT applications to change the world we live in for the better. By being better connected we can deepen our knowledge of the world and work to better protect vulnerable species.

How the Environmental Sector Can Use IoT.

Will the IoT be a Positive or a Negative Force in the Attempt to Halt the Climate Crisis?